Unless you live under a rock, you know that Windows 10 was released last week. Windows 10 is the successor to Windows 8 and 8.1. For the first time in history Microsoft is giving away free upgrades. Anyone running Windows 7, 8, 8.1, or the Release Preview builds of 10 gets a free upgrade to Windows 10 if you upgrade within the first year.

Why The Free Upgrade with a time constraint?

There’s many reasons for Microsoft to dangle this carrot — The biggest of which is Microsoft wants everyone on the same platform.

Microsoft wants everyone on the same platform (Windows 10) because it is easier for developers to write applications and test against Windows 10 instead of testing Windows XP, Vista, 7, 8, 8.1, and 10. Currently Windows is fragmented. Despite there being no more security patches there are still a lot of people running Windows XP which debuted in 2001. You also have people who still run Vista, Windows 7, and 8. Neither of which are particularly old or unstable. Windows Vista, 7, and 8/8.1 will see security patches for years to come.

Windows tablets and phones are going to be running some iteration of Windows 10 and applications should be universally compatible down the road. The scenario will be you install a Facebook app on the desktop and the same app would automatically download and install on your phone and tablet and be properly formatted to fit each screen. Which is pretty neat if you buy into the Windows ecosystem.

There are a few tweaks to existing features and some new stuff too:

New Start Menu: Basically what Microsoft has done is take the start menu desktop users love from Windows 7 and added an area for metro live tiles beside it while doing away with the awful start screen in 8/8.1. You can remove all the tiles thus disabling Metro stuff or leave a few tiles running. Personally, I like running the Weather, Mail, Calendar, and News tiles. I have yet to find any other universally useful tiles.

Cortana is pretty neat. She’s like Siri for Windows. Basically, you hit the little search button and it starts listening for you to ask it a question. You can ask in regular language “What’s the weather today?”, “When was George Washington born?” and either be shown an answer right in the search pane or dumped to a Bing search page with your query already entered. You can also tell it to remind you to call your mother this evening and stuff like that. Overall, I like Cortana even if she’s a little hard-headed.

For the geekier among us Virtual Desktops are cool. We’ve had this on Linux and OS X for years. Virtual Desktops or “Task View” (as Microsoft calls them) allows you to have multiple desktops open at the same time. This means you can write an article in one task view and have Microsoft Word, One Note, and Chrome open on that desktop. In another desktop you can have all you communications apps (Outlook, Twitter, Skype, etc). In yet another Desktop you will balance your checkbook with your checkbook app and a browser window open to your bank’s website. In theory, you can have as many desktops as you want open. Just remember that every running app eats memory (RAM) so if you plan on using task view a lot be sure you have plenty of memory.

There are other new features not covered here you can see a full list at: https://www.microsoft.com/en-us/windows/features

There’s a couple of methods to upgrade. The easiest is using the Windows Update method. If you reserved your upgrade during the pre-release you will be receiving a notice that Windows 10 is ready to install sometime in the near future. I used this process on my desktop and it was painless. I hit install, went to the store, and came back to Windows 10 fully installed and working.

A second method of upgrading is to use the media creation tool from Microsoft. You can create a DVD or thumb drive to boot from or just pop the thumb drive in and click setup.exe to run the installer.

One thing that’s worth noting, if you take advantage of the free upgrade offer  you must upgrade first (no fresh installs until later). Upon upgrade your Windows 7 or 8 key is (sort of) converted to a Windows 10 key. If you want to do a fresh later on down the road you can do so by creating a DVD or thumb drive using the media creation tool. I haven’t tested this but supposedly you can skip inputting the license key and W10 will automatically activate once it’s online so long as there are no hardware changes.

Microsoft has worked hard to make this upgrade as painless and possible and it pretty much is. Pre-Vista upgrades were a headache there were *always* driver issues. Going from Vista to 7 and then from 7 to 8 has been a painless process for me whether doing an in place upgrade or fresh install. Going from 8 to 10 was painless too.

Is The Upgrade to Windows 10 worth it?

That really depends on how much you like your current setup.  If you’re running Windows 7 or 8 and really like it then there’s no reason to upgrade. If you just want to check out the latest and greatest go for it. If you’re like me and just like running the latest stable release of a software – go for it.

The only thing that would make me think twice about upgrading is if I had older peripherals that may not have drivers; Though if it worked under Windows 8 it *should* work under 10.

If you’re the designated house geek I wouldn’t recommend upgrading Mom and Dad until you have a few hours to sit and help them get their bearings especially if they’re going from 7 to 10. 8 to 10 isn’t much of a UI change.

How many of you upgraded already? What are you thoughts? 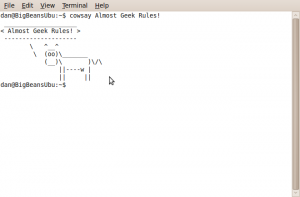 To get to your appdata folder:

Windows XP: You can find the appdata folder by navigating to it in Explorer under XP.  First Show Hidden Files and Folders then go to My Computer > C:\ > Documents and Settings > <User Name*> > Application Data > Roaming 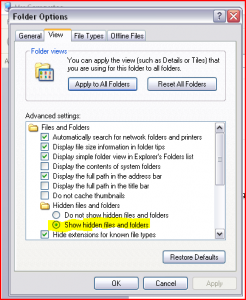 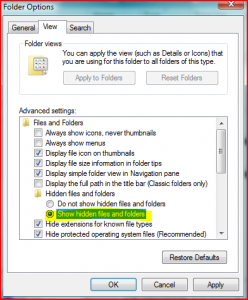