I just wrote this tutorial over at Email Questions: Using Gmail’s send mail as with Thunderbird

By now most of us are used to pressing Ctrl F (Cmd F on Mac) to bring up the find bar to search for text within a web page we’re on. It just works and wasn’t even something I knew was a problem until I found this tip today. Open up Firefox’s options and select the advanced tab then check search for text when I start typing.

From now on whenever your on a web page and start typing a quick find box will come up and the cursor will automatically jump to the word you’re looking for. There is no navigation in the quick find box though so it’s not full featured as regular find. There’s a workaround for this: http://mozillalinks.org/wp/2006/10/firefox-quick-search-as-it-should-and-used-to-be/, it’s just a quick edit to your userchrome.css file in order to setup the navigation buttons in quick find. I’ve tested it out and it works great! 🙂

Cross post from my other blog, Big Dan’s Corner > How hard is it to Engineer A Coffee Pot? : I bought a new coffee pot and the reservoir is to narrow to fill without getting water all over the place. 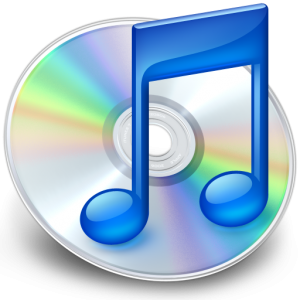 Recently I bought an iPod Touch and originally I set it up to sync with my Mac. In the interim I decided to move everything over to my PC as my Mac was supposed to be moved into another room. The mac never got moved and I decided to again hook up the Mac to my main monitor and use it as my daily internet surfer. Figuring that I would be spending more time in front of the Mac it would only make sense to have my iPod sync with the Mac. With help from Life Hacker I got everything setup. Click the Life Hacker link to read more about the nuts and bolts. This post is more about my experience with the move and some tips to help speed things along.

I should preface this by saying if you haven’t invested any time creating playlists, added metadata (title, track, album, etc)  to your songs and aren’t transferring purchased iTunes music to your Mac you can simply copy all your MP3 files over and import them. That being said I’ve spent many a nights with Fix Tunes (aka Tidy Songs) fixing my tags and wanted to retain that information..Hence the project and headaches start.

There’s several options to transfer your library from one computer to another. One option is home sharing in which you setup iTunes with your Apple account to share files between computers on your home network. This method seems to be the easiest and most straight forward. You setup the sharing, select all your files and copy everything. The only problem here is speed. My Mac connects to the network wireslessly which is to slow for my likes to be transferring large amount of files. Even with my modest 8 GB library, I was running out of patience with the transfer process.

The second option and the one I originally chose was backing up my library to disc (File > Library > Back Up To Disc). I’m a little surprised at Apple here as the only option is to burn discs. Which is odd, it would be much faster and not to mention cost effective to back to up to an external hard drive. Even so my library is only 8GB I figure 2 maybe 3 DVD-R’s and I’ll be set. Tip: if you have DVD-RWs (rewritable DVD discs) at your disposal you can use them instead of wasting DVD-Rs. As luck would have it I wound up trying to do the backup process 3 times because it kept failing and I couldn’t get it to work. Apple’s “suggested method” didn’t work. So, I had to hack a little.

I wound up using the method outlined in the Life Hacker article linked above. This method was a little more hassle but go figure a lot easier than Apple’s way of copying a library. After consolidating my library via iTunes I simply copied the whole iTunes folder to an external drive then copied it on to my Mac’s hard drive. Consolidating your library basically means that iTunes copies all of your music files to folders under iTunes’s folder in your music folder. After everything copied over to my Mac, I open the library.xml file in Smultron (a text editor) then used search and replace to change the file paths to reflect Mac’s paths to the music. This worked and retained all my information.

Another thing is I didn’t have to worry about any purchased content except for applications which were relatively easy to sync back to iTunes from the iPod once I authorized iTunes, I suspect the same will be true of purchased music, TV shows, and etc once you authorize your Mac with your iTunes account by going to Store > Authorize computer.

In conclusion I was really surprised that Apple hasn’t made this simpler. I should be able to take my iPod and plug it into a new computer choose sync and have it copy everything from the iPod to the new computer. I have no doubt in my mind that the process isn’t easier to prevent music from being freely copied but for a company that markets themselves on easy of use this project certainly wasn’t as easy as it could have and should have been.

Since getting an iPod Touch I’ve been looking to make my websites more accessible to mobile devices now that I actually have one to test on. 😉 I found this awesome WordPress plugin called WP-Touch which makes it brilliantly simple to make you site mobile friendly, at least to Apple devices. It’s as simple as installing and activating the plugin. You’re good to go with the default options but there are plenty of options available for you to tweak if you feel the need.

WordPress and it’s ecosystem of plugins never ceases to amaze me. A big thank you to the WP-Touch coders. 🙂 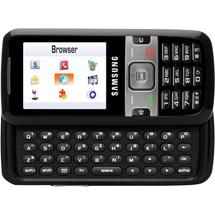 The Samsung R451c from Straight Talk is a decent enough phone. I bought this phone last November and have been using it since. I’m a heavy texter and less of a voice user but the voice quality anytime I’ve used it is crystal clear.

For those who don’t know Straight Talk is a relativity new cell phone service offer by Tracfone through Wal-Mart. It’s $45 per month for unlimited everything though with taxes and fees my bill is  $49.49 per month. There is also a $30 per month plan for 1000 minutes and 1000 texts per month. Being a Tracfone fan, I jumped right on Straight Talk though I was disappointed to see only 1 qwerty phone in their line up and it being one of the most expensive it’s still a decent deal for a no contract phone.

Overall the phone feels good in your hand. Navigating the menus and options is simple and straight forward, nothing out of the ordinary. The the full keyboard and mobile web access makes you think it could be a smart phone though it is far from a smart phone. Web browsing is ridiculously slow even in areas with full service.

Let’s go through the features:

Speakerphone: Just works at the highest volume setting it crackles a bit but it’s plenty loud at the medium-high setting.

Camera: At 1.3 mega pixels there is nothing remarkable here, standard low end camera phone picture quality. Decent enough for quick snap shots but not much else.

Bluetooth: The Bluetooth on this phone is actually decent. It’s not locked down like some competing prepaid phones. You can send music and pictures from your blue tooth enabled computer to you cell phone with no problems. I didn’t bother with a bluetooth headset which is what bluetooth is primarily used for so I cannot comment on that.

Web Browser: Very basic, we’re talking 2001 basic. You can login to mobile MySpace and Facebook if that’s your thing. Gmail’s mobile interface works decently. I was not able to access any Yahoo services on the phone though. Keep in mind the internet speed is ridiculously slow on this phone even in areas with full service.

Text Messaging: Text messaging is a breeze with the full qwerty keyboard. The only real complaint here is that the phone stops at 160 characters where as most phones will let you keep typing and just send 2 messages instead of 1, I found that a little annoying but perhaps as it’s prepaid its to stop you from going over your limit. I found one small quirk if you happen to be sending a message just as one comes in the phone freezes and you need to remove the battery to reset it. It’s a rarity but it does happen especially when having conversations with multiple people at the same time. It happened to me a grand total of 3 times.

Music Player: This phone includes an expansion slot for a micro-SD card which I didn’t bother with. Even without the SD card you can put some songs on the phone. I didn’t bother much with this as I have a separate MP3 player but the basic functionality is nice. The included headphone jack is not standard size, instead it’s a ‘PDA jack” so you will need to purchase a converter to plug in your regular headphones/ear buds, these are available from Amazon for less than $10. Here’s the link to the adapter: Headphone Adapter Cellphone PDA 2.5mm to 3.5mm Jack

Battery Life: Battery life on the R451C is okay. On standby (not using the phone ) it seems to last for 4-5 days once you start texting and using the web  a lot the battery is gone in about a day which I guess isn’t too bad. My battery only died on me once in 4 months but then again I charge it every night.

The Straight Talk web site is crappy. You cannot do much aside from activating your phone, checking your balance (if on the limited plan) and signing up for auto-renew. It would be nice if you can stop auto-renew on their website. The ‘My Account’ area is under construction and has been since I got the phone. You get the feeling no one is really working on the website. When you select buy ring tones or graphics on the phone it tells you to online from your PC. Not that I do that, I email ring tones and songs for to my phone, it’s a lot cheaper ;). When you go on the website the selection is limited and prices are high.

All in all I feel the phone is well worth $100 initially and $50 per month. In my area Straight Talk is serviced by Verizon towers and the service has been great. I traveled to Florida with the phone and it worked every where. Unfortunately I’m deactivating the phone next month and going back to the Google Voice and Tracfone combo as I’ve cut back a lot on texting, though I plan on reactivating the phone whenever I travel again.

Do you have a Straight Talk phone or are you considering one? Is there anything else you would like to know about the phone?